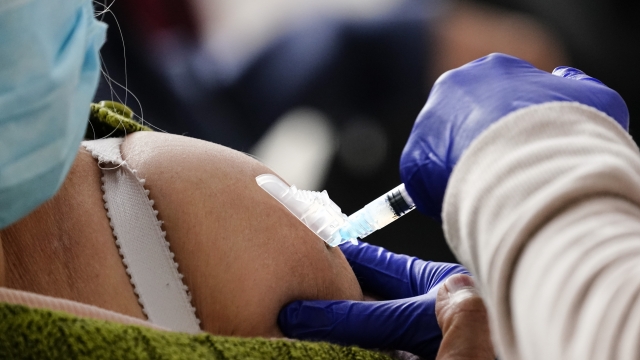 SMS
Fauci: U.S. Will Not Delay Second COVID Shots Amid Distribution Issues
By Newsy Staff
By Newsy Staff
March 2, 2021
Amid high demand and distribution challenges, some have suggested the U.S. should get more people the first shot before giving anybody their second.
SHOW TRANSCRIPT

Remember, the Johnson & Johnson vaccine is just a single-dose as opposed to the two doses required for Pfizer's and Moderna's vaccines.

Some people have said the U.S. should get more people the first shot before giving people their second.

That's the strategy the U.K. is using: delaying second doses until more people get their first. But Dr. Anthony Fauci says the U.S. will stick to its plan to get Americans both doses. He said it would be a messaging challenge if it changed course.

Fauci also said there's no right answer to which strategy is best and when you look at the science, giving people two shots protects them more and can help protect them against new variants of the virus.