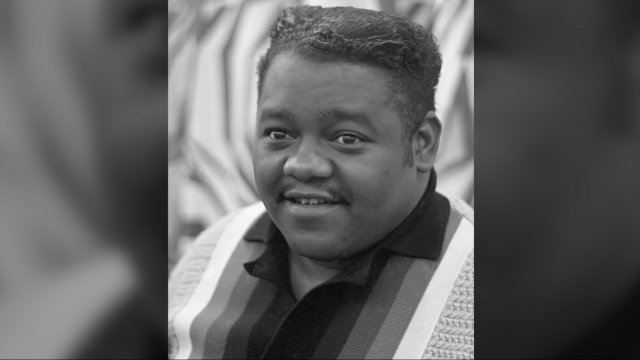 Antoine "Fats" Domino died Oct. 24 at the age of 89. He was best known for his boogie-woogie style of piano playing and his robust sound and figure, hence the name "Fats."

The Library of Congress chose to preserve his 1956 version of "Blueberry Hill" for posterity. He was also one of the first 10 honorees named to the Rock and Roll Hall of Fame.

But Domino likely received the most love and recognition from his New Orleans community.

Many people thought Domino died in Hurricane Katrina in 2005. Somebody even spray-painted a makeshift epitaph on his home.

"You were at home when Katrina hit," CBS News' Byron Pitts said during an interview in 2006.

"Yeah, I was sleeping," Domino said.

Domino was rescued by boat, and in 2006, he dropped his "Alive and Kickin'" album. Proceeds went to the Tipitina's Foundation, an organization that, among other things, helps down-and-out musicians. The organization even helped restore Domino's New Orleans property.

HBO also recognized Domino's significance to the city and, in 2012, included him in its show "Treme," which is set in a post-Katrina New Orleans.

Domino's daughter confirmed to WWL-TV in New Orleans that the singer died peacefully in his home and was surrounded by loved ones.