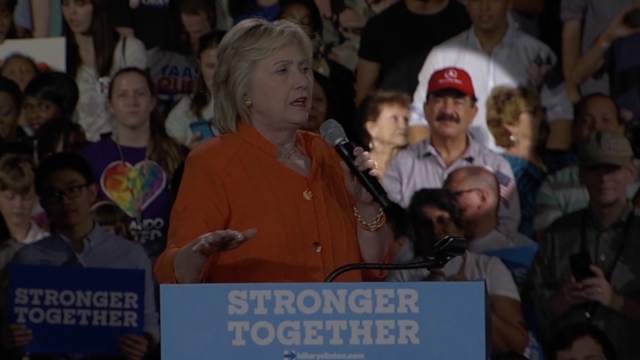 He said he was simply there to support Clinton with other Democrats.

"Do you think that some people will be surprised to know that you were there?" a WPTV reporter asked Seddique Mateen.

"Why they should be surprised? I love United States," Mateen told WPTV.

That's the Orlando shooter's father after attending a Hillary Clinton rally on Monday.

Initially, Mateen didn't answer questions after the rally, but he later told Newsy's partners at WPTV he was simply there to support Clinton with other Democrats.

Mateen has rebuked the actions of his son in multiple interviews.

"I am shocked. I am mad for his action. I don't approve of what he did," Mateen told CBS.

The Clinton campaign confirmed he didn't have a special invitation in a statement to outlets. The campaign said: "The rally was a 3,000-person, open-door event for the public. This individual wasn't invited as a guest and the campaign was unaware of his attendance until after the event."