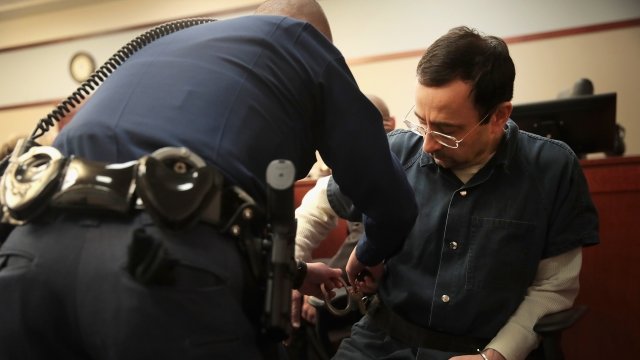 The father of three young women who were abused by former sports doctor Larry Nassar tried to attack Nassar during his sentencing hearing Friday.

The man, identified as Randall Margraves, lunged at Nassar after two of Margraves' daughters delivered statements. Newsy's partners at WXYZ report after the incident — once Margraves was restrained — Judge Janice Cunningham cleared the courtroom. 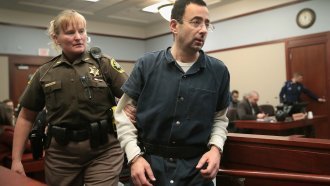 After the break, Cunningham apologized for the incident but acknowledged how difficult it is to listen to the statements. She asked that no one else react in a physical way.

"If it is hard and difficult for me to hear what his daughters have to say, I can't imagine what it is like for a parent," Cunningham said. "What Mr. Nassar did is horrible; it's unthinkable. But please let the criminal justice system do what it is supposed to do."