Fate Of Suspected Paris Attacks Architect Is Unclear After Raid 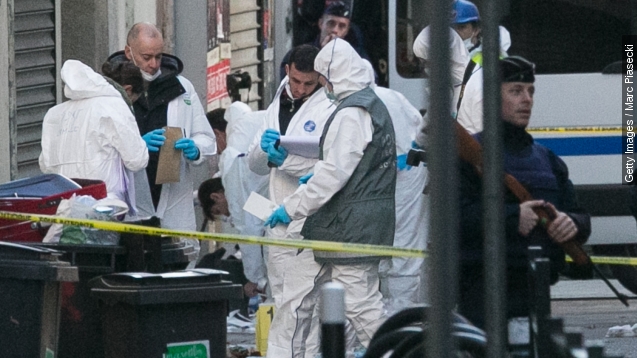 There are conflicting reports about the man authorities say planned last week's terror attacks in Paris.

Several outlets are reporting Abdelhamid Abaaoud died during a police raid in the Paris suburb of Saint-Denis this morning. (Video via iTELE)

But the Paris prosecutor has reportedly said Abaaoud isn't among those arrested in the raid, and the two people killed haven't been identified. (Video via France 24)

The prosecutor also reported police fired some 5,000 rounds during the raid, which led to eight arrests and left five officers injured.

Abaaoud was a Belgian national who had been in Syria with ISIS before returning ahead of the Paris attacks, according to European security services. (Video via BFMTV)