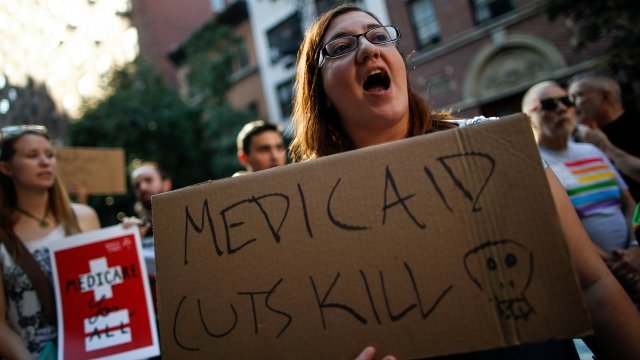 SMS
This 52-Year-Old Amendment Is Controlling The Health Care Debate
By Eugene Daniels
By Eugene Daniels
July 19, 2017
Medicaid has been a serious roadblock to the GOP's repeal-and-replace efforts.
SHOW TRANSCRIPT

There are more than a few issues making it hard for Republicans to repeal and replace Obamacare. But there's one that has become a larger thorn in the GOP's side: Medicaid.

Medicaid has been around since 1965 as an amendment to the Social Security Act. It's a government insurance program that gives free health insurance to people with low incomes or disabilities and is funded by the states and federal government.

Currently, more than 68 million Americans are using Medicaid; many of them are children or elderly people who can't work. 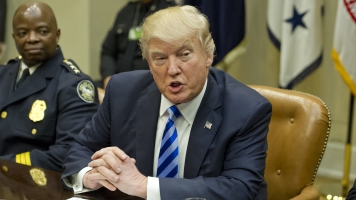 And the bills to repeal and replace Obamacare would have cut Medicaid funding significantly. The current Senate bill, for example, would have cut about $800 billion over the next 10 years. And that seems to have been the main reason for some senators, like Susan Collins of Maine, to say no.

And those senators would be right in line with the majority of the country. A recent Quinnipiac poll found 71 percent of Americans are against a decrease in federal funding for the program, including 53 percent of Republicans.

Obamacare expanded the program, with the government giving states at least 90 cents of every dollar to cover that expansion. And with more people using it, Medicaid is becoming a more politically risky target.

But conservative Republicans have been worried about the rising cost of Medicaid since the Reagan administration, saying the federal government can't sustain the costs of Medicaid at this rate.

And if there's one thing we know about entitlements, it's that they are almost impossible to take back once people have them.