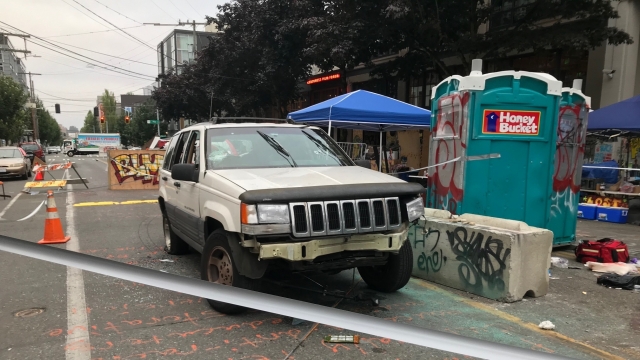 The city's mayor met with CHOP leaders last Friday and said the barriers would be taken down. But when city crews tried to do that, protesters blocked their path.

Last week, business owners in the zone filed a class-action lawsuit against the city for how it's handled the situation, but said their point was not to undermine the movement.

"We've had multiple other incidents - assaults, rape, robbery and shootings, and so this is something that's going to need to change. We're asking that people remove themselves from this area for the safety of the people. If they care about people, they're going to have to try to help us to make it safe."

But protesters insist they won't budge unless their demands are met, which include slashing the Seattle Police Department's budget in half. So far, the mayor has proposed just a 5% cut in response.

Correction: A previous version of this story said the person who died was a man. He was 16 years old. This story has been updated.