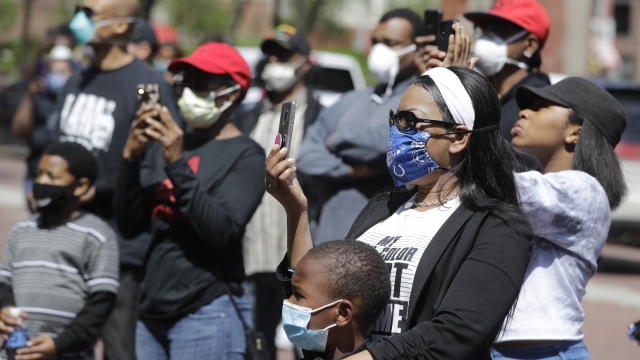 Police say Dreasjon Reed was driving recklessly during a high-speed chase, but protesters say killing him was unnecessary.

A protest broke out in Indianapolis Thursday after police shot and killed a man following a high-speed chase the night before.

Reed streamed the chase on Facebook Live. In the video, he talks to viewers while driving, parks and runs off. Local outlets report the officer who shot Reed is also black.

His sister told reporters she doesn't know why her brother led police on a chase.

"My little brother became a statistic," Jazmine Reed said. "He wasn't trying to be that. He a statistic now."

Police are investigating the shooting, and the officer involved has been placed on administrative leave.

The protest broke out on the same day two others were killed. In a separate incident, officers killed 19-year-old McHale Rose. Police say they shot him after he fired on officers responding to a reported burglary. And a 22-year veteran police officer also struck and killed a pregnant woman, 23-year-old Ashlynn Lisby, with a car as she was walking on an expressway ramp. Her fetus did not survive either.

"Last night was a difficult night for our entire community — filled with tragedy," Indianapolis Police Chief Randal Taylor said. "When even one life is lost in our city, it is one too many. I don't have words this morning that will heal the wounds left behind by last night. I won't even try."