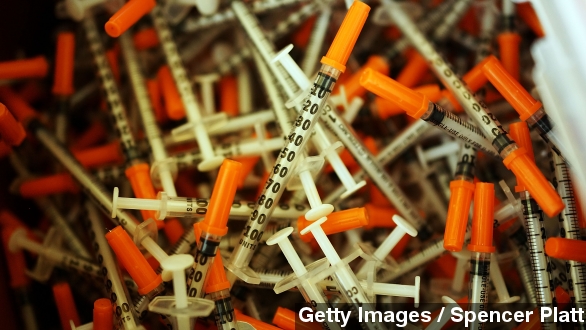 By Madison Burke
October 2, 2014
The CDC believes a decrease in OPRs is related to the increase of Heroin.
SHOW TRANSCRIPT

U.S. health officials say deaths from heroin overdoses doubled in the country from 2010 to 2012.

The Centers for Disease Control and Prevention compiled data from 28 states to come to this conclusion.

The CDC found heroin deaths increased across the board, regardless of sex, age, religion and race.

However, the study found deaths from opioid pain reliever overdoses went down during that same time period.

The CDC wrote this decrease in OPR deaths is likely linked to the increase in heroin. Researchers think heroin may have taken over as the drug of choice.

So why the change? Well, The Daily Beast points out cost is likely a factor. It says prescription pills can go for $40 each, while a bag of heroin can go for $10.

The study goes on to imply OPRs may be a sort of gateway drug that leads to heroin, information researchers feel is important in trying to reduce heroin deaths.

The National Institute on Drug Abuse says heroin addictions can be treated through both behavioral therapy and medication. It says integrating both of those is usually the most successful.