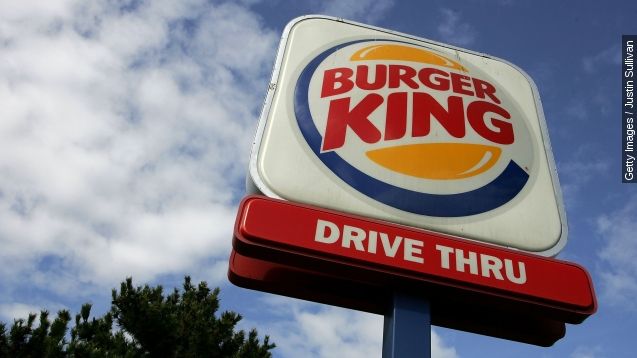 SMS
Fast-Food Chains Compete To Offer The Most Food For The Least Money
By Ben Lawson
By Ben Lawson
January 6, 2016
Burger King is the latest fast-food restaurant to launch a new meal deal for a low price.
SHOW TRANSCRIPT

A battle is brewing: Which fast-food restaurant can offer the most food for the least money?

Burger King just entered the fray with its 5 for $4 deal. That's a bacon cheeseburger, four-piece chicken nuggets, fries, a drink and a cookie for $4.

Fast-food restaurants across the board are focusing less on dollar-menu-style pricing and more on meal deals like Burger King's.

Wendy's rolled out its 4 for $4 deal late last year, and McDonald's launched its McPick 2 for $2 shortly after that.

The price war isn't limited to burger-and-fry joints. Pizza Hut is offering a selection of items for $5 when someone buys two or more. Apparently an original idea doesn't stay original for very long in the fast-food industry.