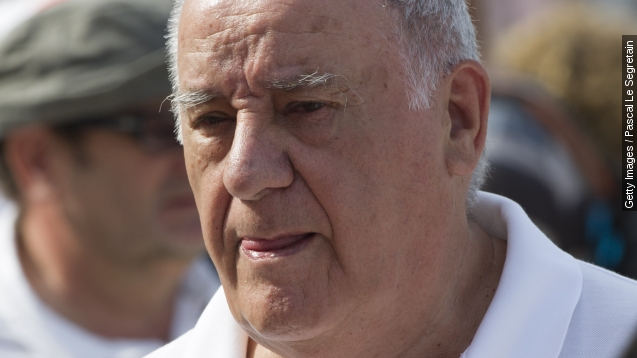 Warren Buffett is no longer the second richest person in the world. That title now goes to Amancio Ortega, the founder of clothing retailer Zara.

At 79 years old, Ortega is now worth $71.5 billion, according to Bloomberg's list of the world's richest people.

This is the first time Buffett has been knocked down a notch from Bloomberg's list since it launched in 2012.

Ortega owns a majority of Inditex, the world's largest clothing retailer that encompasses Zara, Massimo Dutti, and Pull&Bear, and he's as much known for his effect on the fashion world as he is for the brands he owns.

An industry analyst once credited Zara with breaking up "a century-old biannual cycle of fashion" and paving the way for modern high-end brands to release several more collections each year.

That's because the fast-fashion retailers stock items just weeks after their inception and replace them with fresh designs just as quickly.

Ortega's fortune has risen by $10.4 billion in the last year alone.

Also contributing to Ortega's rise is Buffett's decline. Buffett has seen his valuation dip by $3.6 billion over the last year. That is partially because of the weakening share price of American Express and Coca-Cola, which are major companies for Buffett's investment firm. The Oracle of Omaha is still worth a cool $70.2 billion. (Video via Fortune)

But unchanged atop Bloomberg's list, Microsoft founder Bill Gates remains the richest person in the world with $85.5 billion.