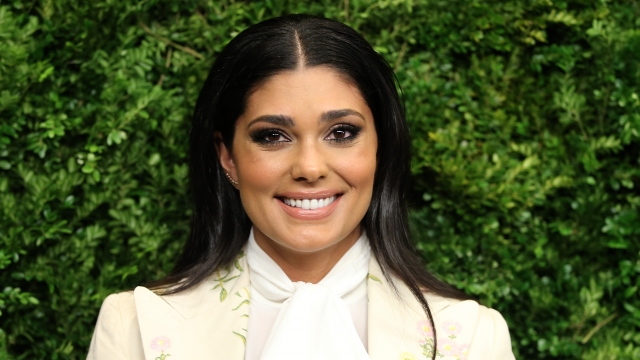 SMS
Fashion Designer Rachel Roy Says She's Not 'Becky With The Good Hair'
By Cody LaGrow
By Cody LaGrow
April 26, 2016
Rachel Roy says she was accused of being Jay Z's mistress after a phrase in her Instagram post mirrored lyrics in a Beyoncé song.
SHOW TRANSCRIPT

Beyoncé called out "Becky with the good hair" as hubby Jay Z's presumed mistress, and then Beyoncé fans presumed it was fashion designer Rachel Roy. Cue the pop culture quarrel.

It took seconds for the BeyHive to attack Roy — swarming her Instagram page with harsh words and causing her to remove the post and make her account private.

On Tuesday, Roy told People: "My Instagram post was meant to be fun and lighthearted, it was misunderstood as something other than that. There is no validity to the idea that the song references me personally. There is no truth to the rumors."

That followed a tweet on Sunday where Roy declared her respect for love, marriages, families and strength.

Roy added that cyberbullying shouldn't be tolerated by anyone. And we agree. But let this be a lesson: If you poke the BeyHive, they're going to sting.