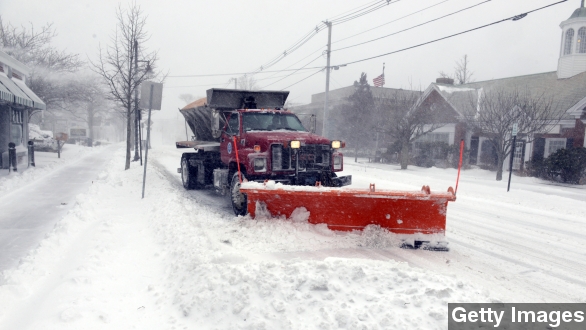 By Madison Burke
August 24, 2014
The 200-year-old Farmers' Almanac predicts another long, cold winter for the U.S., relying on its typically obscure methods of forecasting.
SHOW TRANSCRIPT

Get ready for another cold, harsh winter America.

That's according to The Farmers' Almanac, a guide that has been around almost 200 years and was one of the few to correctly predict last year's extreme winter.

The almanac makes predictions based on long-range weather trends, sunspots and planetary positions.

On its website, the almanac also lists "unusual abundance of acorns, squirrels gathering nuts early, and spiders spinning larger than normal webs" and as signs a rough winter is on its way.

The almanac predicts three-quarters of the U.S. will be very cold and wet, while the areas that could use some storms, like California, won't bet getting them.

The state has been battling a severe drought and now it looks like there is no end it sight. Just this week, hundereds went without running water in their homes and had to rely on water bottles for drinking.

The almanac was a bit off regarding precipitation in the Pacific Northwest and the Southeast last winter. Still, creators of the almanac say it has about an 80 percent accuracy rate.