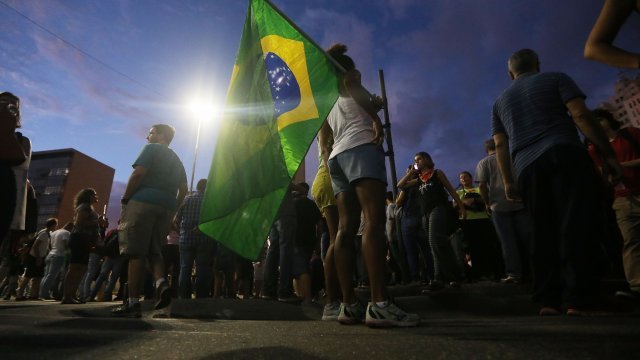 Bolsonaro won 55.2 percent of the vote and opponent Fernando Haddad got 44.8 percent.

While Bolsonaro didn't receive enough support in the first round of voting to avoid the runoff, a poll published Thursday had the far-right candidate 12 points ahead of Haddad.

In the weeks since the first round of voting, the country has seen an increasing incidence of political violence, reportedly driven largely by Bolsonaro supporters, who have threatened supreme court justices and journalists.

In the past, Bolsonaro has praised the military dictatorship that governed Brazil from the mid-1960s through the mid '80s. Haddad has alleged Bolsonaro is a threat to Brazilian democracy, something Bolsonaro denies.

Nevertheless, Bolsonaro, a former Army captain, has pledged to appoint generals to several positions in his cabinet, and some Brazilians fear he could bring back military rule.