Family To Build A Sanctuary To Honor Adam Toledo 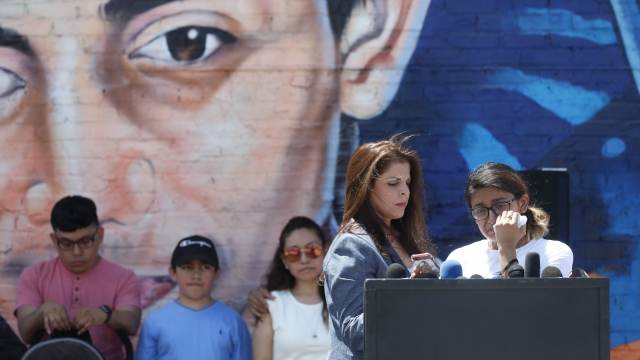 SMS
Family To Build A Sanctuary To Honor Adam Toledo
By Robin Dich
By Robin Dich
May 27, 2021
The 13-year-old was killed by a Chicago police officer in March.
SHOW TRANSCRIPT

The family of Adam Toledo, the 13-year-old boy who was shot and killed by a Chicago police officer, is planning to build a sanctuary in his honor.

The family said it wants to build one in rural Wisconsin where at-risk boys can go to escape situations with gangs and street violence.

The announcement was made on his fourteenth birthday. His family said he didn't deserve to die the way he did.

"Adam was 13 years old. He deserves to be here right now celebrating his fourteenth birthday with his friends and family," said his sister, Esmeralda Toledo. "He was a kid who was just learning his way around the world, and he deserved the chance to make mistakes and learn from them."

In late March, Adam and a 21-year-old man he was with were chased by police after reports of shots fired. Body camera footage shows Adam being chased by an officer ad he was shot a second after dropping the gun. It is still under investigation.