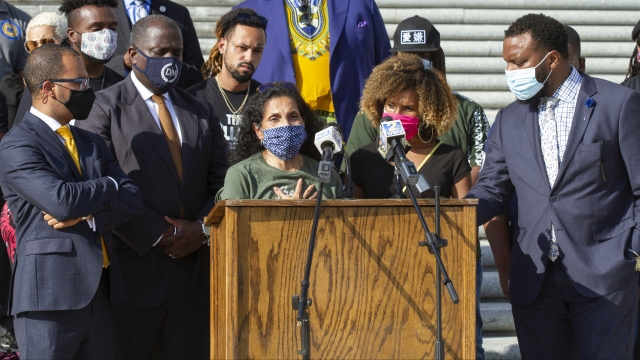 The family's attorney said the video showed troopers choking and beating Ronald Greene and repeatedly using stun guns on him.

Family members of Ronald Greene watched body camera footage of the events leading up to Greene's death almost a year and a half after he died in Louisiana State Police custody.

It was the first time the family had access to the video. Their attorney said the video — from May of last year —  showed troopers choking and beating Greene and repeatedly using stun guns on him.

Initially, police told Greene's family he died in a car crash after hitting a tree. Authorities opened an investigation into the death in August, and the FBI opened a civil rights probe in September.