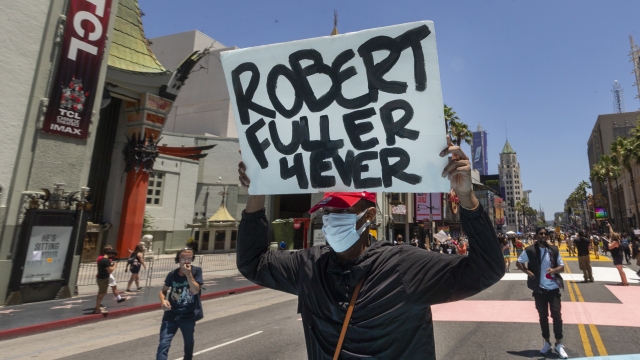 Residents in Los Angeles County are calling for an independent investigation into the death of a Black man found hanging from a tree on June 10.

Robert Fuller's body was discovered early Wednesday morning in Palmdale, California near City Hall. The LA County Sheriff's Department has said his death appears to be a suicide. But his family says he was possibly lynched and are demanding answers.

His sister, Diamond Alexander, said at a protest over the weekend that her brother wasn't suicidal.

His death comes nearly two weeks after another Black man was found dead hanging from a tree about 50 miles away in San Bernardino County. His death was also ruled a suicide.