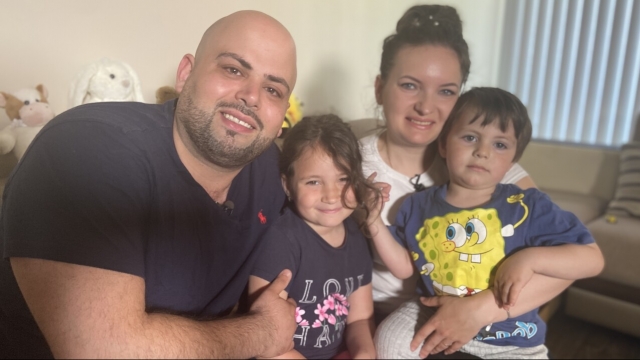 After a year apart, a Ukrainian family is reunited in Nashville after the mother and two children made their way from Ukraine to Tennessee.

Kiarash Hudarzi moved to the United States ahead of his family hoping to pave the way for them to make a move together as a family. But the Russian invasion of Ukraine sped up the timeline.

NewsChannel 5 first met the Hudarzi family in March when Kiarash was desperate to have his wife and children safely moved out of Ukraine and to the United States.

"Her friend called to her after six o'clock morning. And he told the war [started] in Ukraine. And she was shocked," Kiarash explained about his wife. "They didn't know what they ... must do. After that, every day, every moment, you know, new news." 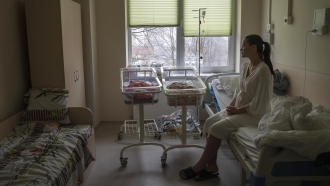 His wife Angela and two children, Nicola, 5, and Mark, 2, slept in the subways and tried to make a plan for escape as all the trains had stopped moving people out of the city.

Angela recalled how she was able to stay level-headed. "I just take care because I know that I'm going to my husband to one family and because of my kids, because of family. I was, I was strong," she said.

The sirens warning Ukrainians went off so suddenly, Angela said she only had time to bring a few changes of clothes.

While Angela and the children crossed the border into Poland, leaving Angela's mother behind because she refused to leave "her country," Kiarash could not get in touch with his wife.

"I was crazy. I was, you know, I didn't sleep for about five days. I was just crying," he explained.

Once they finally made it to safety in Poland, Kiarash received a call that they were headed to Frankfurt, Germany. Days later, they made their way to London, then finally to the U.S.-Mexico border in Tijuana, Mexico.

Kiarash was waiting for his family on the other side of the fence.

When asked why they chose the United States, their response was simple.

"We are safe here and you know, the strong governments. In Europe, also you don't know what will happen in Europe. Maybe we'll be barred also, by far away from everything. Yeah, That's why," he said. "We can build our life better."

Now together they face an uphill citizenship and paperwork battle as they struggle to find housing and schooling for their children.

If you would like to support the Hudarzi family, they can accept financial support on Zelle with the following number: 615-870-1193.

This story was originally published by Claire Kopsky on newschannel5.com.