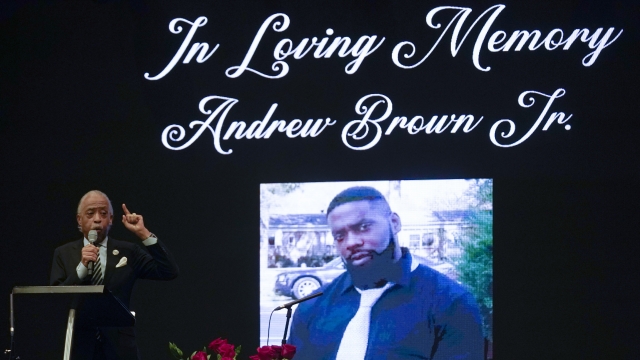 SMS
Family Of Andrew Brown Jr. To File Civil Rights Suit
By Eliana Moreno
By Eliana Moreno
May 20, 2021
Brown was shot and killed by deputies serving a search warrant at his home
SHOW TRANSCRIPT

The family of Andrew Brown, Jr is expected to file a civil rights lawsuit after it was announced no officers will be charged for his killing.

Brown was shot and killed by deputies serving a search warrant at his home. He was in his car and law enforcement officials claim he attempted to ram the vehicle into deputies. That's why they say the deputies were justified in killing him.

His family claims Brown wasn't a threat. Brown's family attorney says they are once again petitioning the court to release the entire body camera footage of the shooting, which it has repeatedly declined to do.