Family Of American ISIS Hostage Confirms She Has Died 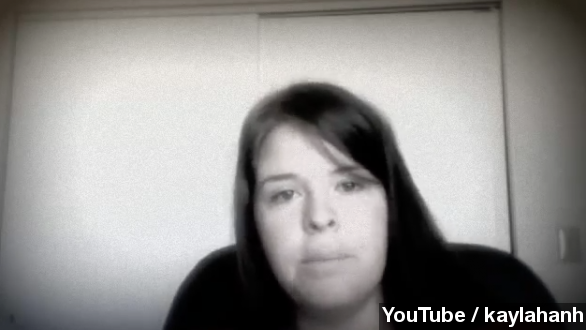 SMS
Family Of American ISIS Hostage Confirms She Has Died
By Jake Godin
By Jake Godin
February 10, 2015
Kayla Mueller's family received confirmation that their daughter, an ISIS hostage captured in 2013, has been killed. The cause of death is unknown.
SHOW TRANSCRIPT

The family of Kayla Mueller, the American aid worker taken hostage by ISIS two years ago, has confirmed she has died in a statement released Tuesday.

"We are heartbroken to share that we’ve received confirmation that Kayla Jean Mueller has lost her life. Kayla was a compassionate and devoted humanitarian," the statement read. (Video via YouTube / kaylahanh)

According to CBS, ISIS sent the Mueller family an email confirming the death and included a photo. The photo showed that she had died recently, but how she died could not be confirmed.

The Mueller family also released a handwritten letter their daughter had penned while held captive in 2014. In it, she wrote, "Do not fear for me, continue to pray as will I [and] by God’s will we will be together soon."

ISIS claimed Mueller was killed last Friday during Jordanian airstrikes in Syria. There was no way to confirm the death, as ISIS only provided photos of a ruined building.

The White House also released a statement confirming Mueller’s death. In it, President Obama said Mueller "represents what is best about America, and expressed her deep pride in the freedoms that we Americans enjoy."

Mueller was the last known U.S. hostage being held by ISIS.