The Family Held Hostage By Militants In Afghanistan Is Finally Free 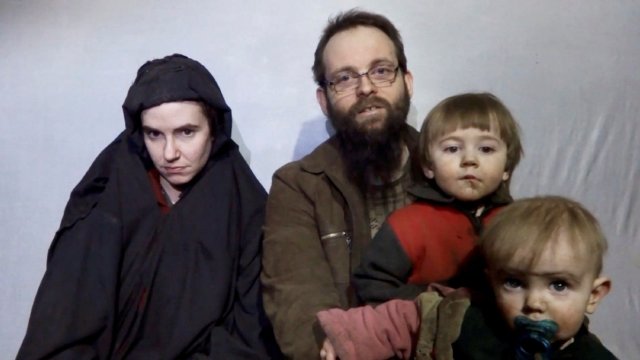 SMS
The Family Held Hostage By Militants In Afghanistan Is Finally Free
By Briana Koeneman
By Briana Koeneman
October 12, 2017
The U.S. and Pakistani governments secured the release of Caitlan Coleman, Joshua Boyle and their three kids, the White House said Thursday.
SHOW TRANSCRIPT

Five years after militants in Afghanistan took an American woman and her Canadian husband hostage, the couple is finally free.

The White House said Thursday the U.S. and Pakistani governments had secured the release of Caitlan Coleman, Joshua Boyle and their three children.

Coleman was born in Florida.

Coleman and Boyle were kidnapped by the Taliban-affiliated Haqqani network in Afghanistan in 2012. 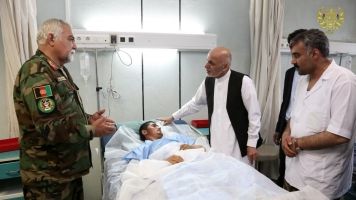 Coleman was pregnant at the time, and she gave birth to three kids in captivity.

Word of the family's freedom came a day after President Donald Trump appeared to hint at the news during a speech in Pennsylvania.

"Something happened today, where a country that totally disrespected us called with some very, very important news," Trump said.

As of Thursday morning, the details surrounding the family's recovery weren't announced yet.