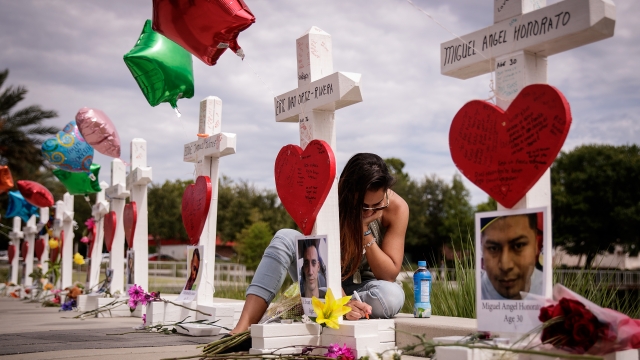 The families of three people killed in the Orlando nightclub massacre have filed a lawsuit against Facebook, Twitter and Google.

According to court documents, the families of Tevin Crosby, Javier Jorge-Reyes and Juan Ramon Guerrero are suing the tech giants for providing "material support" to ISIS.

In June, a shooter opened fire at the Pulse nightclub killing 49 people and injuring more than 50 others. In a 911 call during the hostage situation, the shooter pledged allegiance to ISIS, though he wasn't a formal member of the group.

The suit claims all three companies "knowingly and recklessly" let accounts associated with ISIS exist. It claims those accounts therefore allowed the terrorist group to use the social networks "as a tool for spreading extremist propaganda, raising funds, and attracting new recruits."

The documents allege, in part, "Without Defendants Twitter, Facebook, and Google (YouTube), the explosive growth of ISIS over the last few years into the most feared terrorist group in the world would not have been possible."

The lawsuit alleges the tech giants helped radicalize the Pulse nightclub gunman. ISIS called the shooter one of their fighters, and investigators determined the group inspired him to carry out the attack.