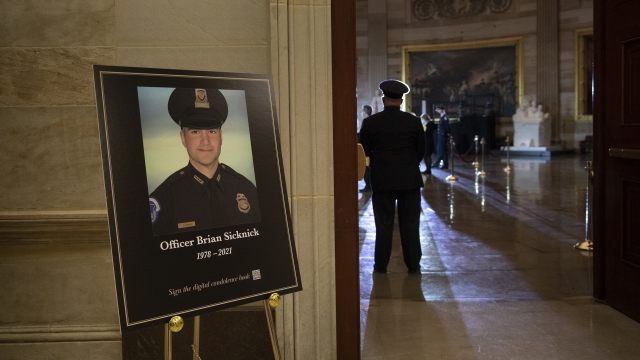 The mother of fallen Capitol Police Officer Brian Sicknick will be on Capitol Hill today urging Senators to authorize the Jan. 6 commission.

Officer Sicknick died the day after the insurrection after he suffered two strokes.

Gladys Sicknick said in a statement obtained by multiple outlets that not having a commission would be a "slap in the faces" of officers who responded. She's urging lawmakers who are against the bill to visit her son's grave in Arlington National Cemetery and "while there think about what their hurtful decisions will do to those officers who will be there for them going forward."

She added if lawmakers don't want to learn the truth about what happened on Jan. 6, "they do not deserve to have the jobs they were elected to do."