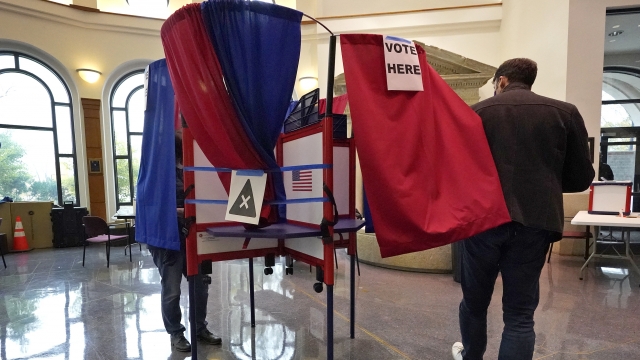 What you’re about to hear is false:

"Mail in voting sounds great but did you know that if you vote by mail, your personal information will be part of a public database that will be used by police departments to track down old warrants?"

Robocalls are just one way voters could be fooled before the election. Fake text messages and emails gathered by Newsy show how personalized these tactics can be.

"My inclination is that it would be more likely to be believed, certainly by many Americans," says Darren Linvill, a disinformation scholar at Clemson University. "When you get a direct text message or even an email that is to you."

A recent email threatening voters in Florida and Alaska appeared to be from the far right Proud Boys group. Authorities tied it to Iran.

In the spring, analysts found a U.S.-based data company sending false texts to voters in swing states like Pennsylvania, Michigan, Wisconsin, and Georgia.

"They were essentially providing a range of different messages to voters, saying, 'You’re not registered to vote. This election is critical. Click on this link,'" says Cindy Otis, vice president of analysis of Alethea Group and the author of “True or False: A CIA Analyst’s Guide to Spotting Fake News.”

In Oklahoma, the State Election Board tells us a text message is under investigation. It falsely claimed a voter's polling location had changed.

"This kind of activity, for the bad actors that do it, is cheap," Linvill says.

The examples go on. This week, two conservative operatives were indicted for allegedly arranging some 85,000 robocalls, which falsely warned people mail-in voting could lead to arrest, debt collection, and forced vaccinations. They targeted cities with large Black populations, like Detroit.

Some disinformation experts say the fake emails and texts started during the Black Lives Matter protests. More false information will come after voters cast their ballots.

"It's gonna be a lot of stories that we've sort of already seen of people saying, ‘I saw this thing.’ One of the biggest problem areas is going to be in what comes out about the election results — how ballots are actually counted, who's in the lead."

Authorities say they’re on top of the threats.

"We’re not letting our guard down," FBI Director Christopher Wray said in a public announcement.

"Text messaging is the official way that states communicate with individuals in the case of emergencies. Those channels can be corrupted in a lot of different ways," says Linvill.