Artificial Christmas Trees Vs. The Real Deal: Is One Really Better? 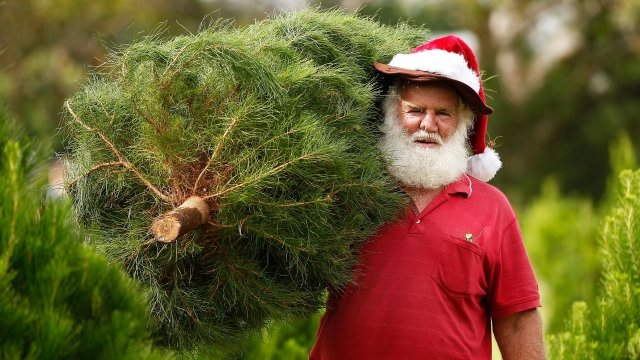 SMS
Artificial Christmas Trees Vs. The Real Deal: Is One Really Better?

By Cat Sandoval
December 13, 2018
Cost-wise, reusable artificial trees win hands-down. But there are a lot more factors to consider when deciding between a real or fake tree.
SHOW TRANSCRIPT

Christmas tree farmers are hoping you'll "keep it real" this holiday season, but it looks like pine needles are losing out to plastic. The Associated Press reports between 75 and 80 percent of Americans who own a Christmas tree own an artificial one. And the $1 billion market for fake trees is growing by about 4 percent a year.

But are fake trees actually better than the real deal? It depends on who you ask.

Price-wise, real trees cost an average of $75, compared to about $100 for a reusable artificial tree. So if you're reusing your fake tree year after year, it can save you money. 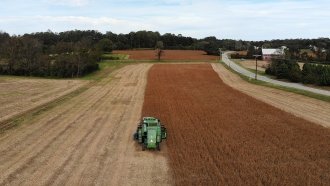 And when it comes to assembly, an artificial tree is easier. Getting a real tree from farm to your living room requires a few more steps. There's picking a tree, chopping it down, driving it home and pitching it up in your living room. For some people, though, that experience alone is memorable and part of the Christmas season. And of course you can't beat that real Christmas tree smell.

But what about the environment? Contrary to what some people believe, cutting down a tree at a farm isn't that terrible for the planet; other trees are planted in its place. During the roughly 10 years it takes for a tree to reach the right size, it can clean up the air around it and provide a habitat for wildlife. And after the holidays, real trees can be recycled and used as mulch.

There's also a downside, though. Currently, about half of all real trees nationwide come from two states: North Carolina and Oregon. Transporting the trees can boost their overall carbon footprint. So if going green is important to you, the best option for buying a real tree may be buying from a local farm.

But don't count fake trees out. The American Christmas Tree Association, which represents manufacturers of fake and real trees, says using an artificial tree for at least five years actually has a lower environmental impact — growing real trees takes more water, and throwing them away may lead to more greenhouse gas emissions.

The downside? The majority of artificial tees are made of PVC and steel that are shipped to the U.S. from China. Fake trees probably won't give you cancer, but the chemicals used to make PVC are associated with an increased risk of certain cancers for manufacturing workers.