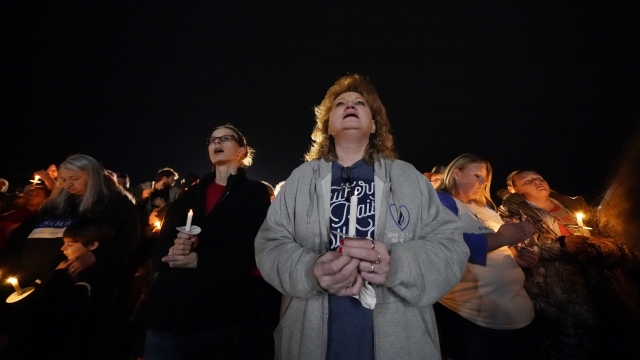 Kentucky OSHA officials are now investigating the deaths and injuries at a candle factory demolished in a tornado outbreak with employees inside.

"I was just praying that God would take me cause I didn't want to endure pain anymore," survivor Jim Douglas said.

Newsy has learned this is not the first time workplace safety has been a concern at that factory, Mayfield Consumer Products.

OSHA records we reviewed show the plant was cited in 2019 for 12 safety violations, some labeled serious. Two of them relate to emergency preparedness.

The records don't go into specifics, but one citation references Kentucky law 2.310(1)(1), which requires that job sites have "persons adequately trained to render first aid"… and that "adequate first aid supplies shall be readily available."

A second violation points to an OSHA standard that says "safeguards designed to protect employees during an emergency … must be in proper working order at all times."

Other citations were for electrical safety concerns.

The company settled all of the violations with the state by paying a fine of $9,810 and agreeing to certify compliance with OSHA safety rules by January 13th.

A Mayfield Consumer Products spokesman responded to Newsy's questions with an emailed statement saying, "We implemented an updated safety plan and operated a safe factory."

The company's CEO said, "We're in unprecedented waters – this is something we don't... or could have ever expected."

Kentucky OSHA will now spend up to six months investigating whether conditions at the factory contributed to the tragedy.

Disaster expert Dianna Bryant says building design should be part of the review.

"When we see more of these larger types of industrial facilities that are not constructed the way they used to be, they are not as substantial, this seems to be a trend that would continue," she said.