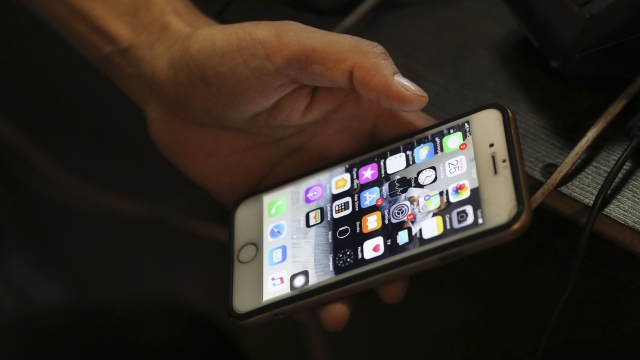 SMS
Fact-Checking Social Media In An Era Of Manipulated Photos, Videos
By Newsy Staff
By Newsy Staff
January 25, 2022
Christian Bryant explains the effect manipulated images and videos have on news literacy, with suggestions on how to weed out the fakes.

This week is National News Literacy Week, a week dedicated to raising awareness about how to make sure the news we read, watch and hear is actually keeping us informed.

Every year more Americans say they’re getting their news from social media. Unfortunately, verifying what’s real and what’s made up on social media is often kind of a DIY situation, and that gets especially tricky in an age when it’s so easy to manipulate images and video.

For example, news literacy on social media might mean knowing whether that viral image of a shark swimming down the interstate after a big hurricane is real or just a recycled Photoshop creation from years ago.

One video Buzzfeed posted a few years ago shows former President Barack Obama speaking. In it, he appears to say, "Now, you see I would never say these things — at least not in a public address — but someone else would. Someone like Jordan Peele. This is a dangerous time."

That video is what's called a "deepfake," and while it was actually Peele speaking in it and not the former president, it shows how far the world has gone in being able to manipulate videos to appear as something they’re not.

The digital altering of images and video can go beyond pranks and actually change the way people see an issue or event.

While not as high tech as a deepfake video, something like this happened after the massive 2020 port explosion in Beirut. Someone edited a missile into one of the grainy cell phone videos to make it look like the accidental explosion was actually an attack.

A frame-by-frame examination of the video revealed it to be just a sloppy Photoshop job.

All of this is to say that, when a viewer sees something online that isn't already verified by a trusted source, it's best to take a minute and double check if it actually is real or if it’s just someone’s idea of a joke.