Explaining Hannity's Claim About Criminals Who Try To Cross The Border 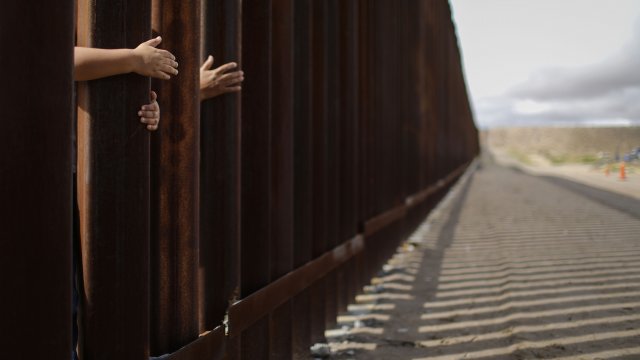 With so much focus on immigration at the southern border, commentators and political pundits are throwing out a lot of statistics.

"Seventeen thousand individuals with criminal records were apprehended trying to cross the border."

Hannity doesn't mention a time frame for that statistic. But it looks like that number comes from Customs and Border Protection data from October 2017 through August 2018.

During that time, 16,831 people with a criminal history were stopped while trying to enter the U.S. That said, 63 percent of those people were trying to cross the border through a port of entry, so a border wall probably wouldn't have had any effect on them. The other 37 percent were apprehended by CBP officers, presumably crossing the border illegally.

But there's another piece of context worth considering, and that's what these people were previously convicted of.

We only have that information for the 37 percent caught by CBP — about 6,200 people. But more than half of their convictions were for illegally crossing the border before. A much smaller number of those convictions were for violent crimes. For example, three were for manslaughter or murder.

So Hannity's number is on par with national figures, but it deserves some context. And of course, these statistics only show part of the picture: We don't know much about people with criminal histories who succeeded in crossing the border. That's the group many are talking about when they advocate for a border wall.