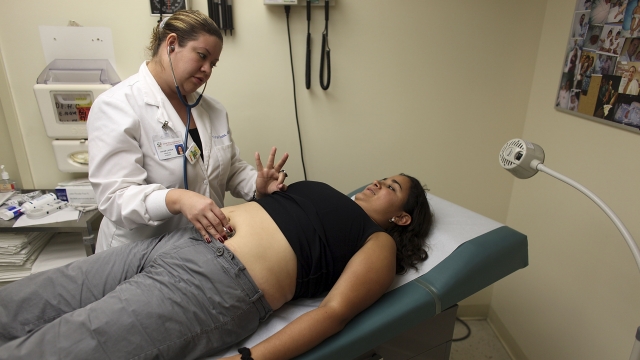 There's a new abortion law on the books in New York, but there's a lot of misinformation about it going around on social media.

So here are the facts. New York Gov. Andrew Cuomo signed the Reproductive Health Act on Jan 22. The law says doctors in the state can perform an abortion under three circumstances: if a pregnancy is no more than 24 weeks along, if the fetus can't survive outside the womb, or if it's necessary to protect a woman's life. The legislation essentially puts the rights afforded from Roe v. Wade in the state law.

It's important to clearly say that the law does not allow a woman to choose to have an abortion minutes before she'd otherwise give birth. And it does not remove "all state restrictions on late-term procedures" — a claim the Catholic Bishops of New York State made.

So why might a doctor and woman consider abortion after 24 weeks? One OB-GYN told our partners at Politifact that in some cases, complications, including fatal ones, aren't detected until the third trimester. That can leave a doctor and patient deciding between an abortion or delivering a "nonviable fetus."

In cases where a woman's life is at risk but her baby could survive on its own, that doctor said delivery is usually the go-to option. She said in those cases, "The care becomes about saving both the life of the mother and the fetus."