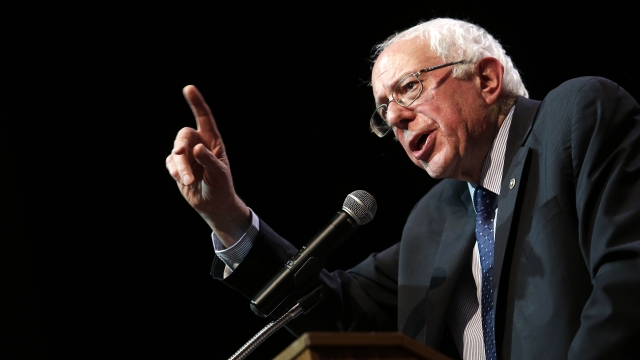 Sen. Bernie Sanders has long been a supporter of universal health care. The issue is likely to be a central one for the 2020 presidential race, and in an interview with "CBS This Morning," Sanders pointed to Canada as an example of a successful health care system.

"Now, somehow or another in Canada, for a number of decades they have provided quality care to all people without out-of-pocket expenses. You go in for cancer therapy, you don't take out your wallet. And they do it for about 50 percent per capita of the cost that we spend," Sanders said.

Canada is often heralded as a successful government-funded health care program. But it's not quite as cut and dry as Sanders made it seem. We'll break down his comment to explain.

The federal government requires Canadian health insurance plans to cover all medically necessary hospital and doctors' services with no cost to the patient. The details of those plans are established by each individual province and territory, and those local governments can offer plans that go above and beyond the federal minimum.

Sanders said all Canadians receive care "without out-of-pocket expenses." If that care comes from a hospital or doctor's office, then he's correct. But there are some health care expenses that *don't have guaranteed coverage, including prescription drugs that are not given out at a hospital, and dental and vision care. So it's not accurate for Sanders to claim Canadians have *zero out-of-pocket expenses.

Now, let's look at his example: [SOT] "You go in for cancer therapy, you don't take out your wallet." If a patient is literally going in to a hospital or doctor's office for treatment, then it would be 100 percent covered. But if that treatment can be done elsewhere or if it's a prescription the patient picks up at the local pharmacy, then government insurance coverage is not guaranteed.

So how much does Canada's health care system cost? Sanders said our neighbor to the north pays about 50 percent less per capita than the U.S., and numbers from an international organization that tracks worldwide health spending back up that claim. In 2017, health care spending in Canada was about $4,600 per person. That includes spending by governments, insurance companies and individual people. That cost in the U.S. was more than double — at just over $9,700 per person.