Trump Still Says Mexico Will Pay For The Border Wall. Is That True? 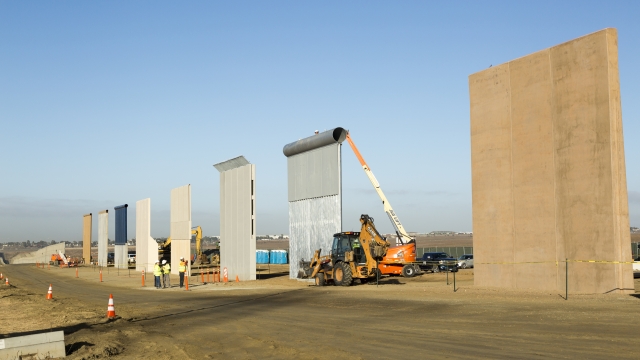 President Trump won't sign a budget bill that doesn't include $5.7 billion to build part of a wall along the southern border, but he still says Mexico is paying for it.

So the president is trying to make the case that the U.S. will benefit financially from that new trade deal at Mexico's expense, and that will pay for the wall.

But experts who spoke to PolitiFact say it doesn't work like that. The USMCA doesn't add any new tariffs on Mexican goods. And even if it did — and again, it doesn't —  the cost and benefit would go to private companies and citizens, not the government.

We're still awaiting an official assessment of USMCA's economic impact from the U.S. International Trade Commission. And we couldn't find any early estimates suggesting enough new benefits or savings to pay for the wall, even indirectly.

But perhaps the biggest snag for Trump's argument is the USMCA isn't a done deal yet. It still needs approval from Congress before it could go into effect.

So, with the USMCA not yet in effect and no official assessment of the economic impact of the deal, the president's repeated claim that Mexico is still paying for the wall is unsubstantiated.