Do A Majority Of Opioids Enter The US Through Ports Of Entry? 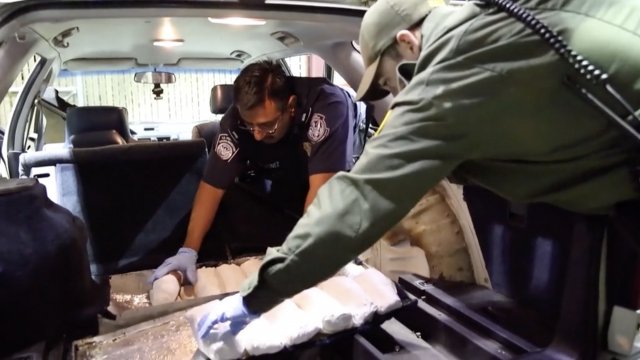 Some politicians are using information about drug smuggling to defend their opinions on whether to build a wall. Democratic New York Rep. Nita Lowey recently said this:

Lowey isn't debating whether Mexico is the source of lots of these drugs. Instead, she's focusing on how drugs get into the U.S.

Lowey's talking about official ports of entry: the country's airports, sea ports or land border crossings. According to data from Customs and Border Protection, the vast majority of its drug seizures are at ports of entry.

But of course we don't have figures for illegal drugs that successfully make it into the U.S., whether through ports of entry or between them. So Lowey's statement lines up with federal data, but that data isn't a complete picture of how drugs are getting here.

Bringing that back to the question of a border wall, it's unclear how it would affect the current drug crisis. A wall likely wouldn't impact drug smugglers who try to enter at legal crossing points. But it might affect those who try to cross illegally. That includes the people agents have been stopping — and the ones they haven't.