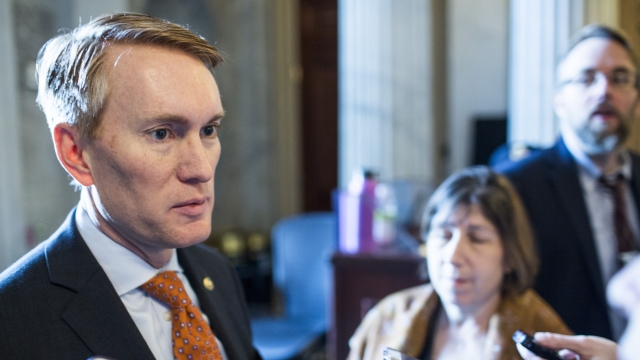 With tax season in full swing, there's a renewed attention on the impact of the Tax Cuts and Jobs Act.

"I've had a lot of folks push back and say the tax cuts that happened last year contributed to the deficit. The facts are actually coming out different. Yesterday I laid out on the floor that the numbers for [fiscal years] '17 and '18 are in. Tax revenue went up, actually, $14 billion last year after the tax cut actually occurred. We had greater revenue," Sen. James Lankford said.

Government revenue going up certainly sounds like a positive impact of the tax cut legislation. But was it as good as Sen. James Lankford said?

Those numbers are correct. But presented without context, they're misleading.

One piece of context to consider is inflation. When you crunch the numbers, that $14 billion increase represents a jump of about 0.4 percent. The rates of inflation in 2017 and 2018 were 2.1 and 2.4 percent, respectively. So inflation far surpassed the increased revenues. In fact, the Committee for a Responsible Federal Budget did even more math, and it found that, when adjusting for inflation, revenues decreased by 1.5 percent.

But there's another big snag in Lankford's argument: his timeline. He focused on fiscal year reports from 2017 and 2018. Remember, the federal government's fiscal years run from October to September. The Tax Cuts and Jobs Act wasn't in effect for the first three months of the 2018 fiscal year. And the tax returns people filed from January to April of that fiscal year also followed the old tax rules.

So Lankford's assertion that government revenues rose because of the Trump administration's tax legislation glosses over the reality of how economics actually work.