Debunking The Link Between Refund Checks And Total Taxes Paid 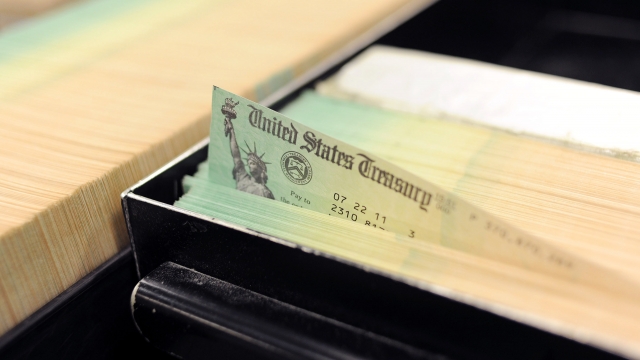 It's the start of tax season, and soon Americans will have a better idea of how the Tax Cuts and Jobs Act will impact their pocketbooks.

Democratic presidential candidate Sen. Kamala Harris tweeted: "The average tax refund is down about $170 compared to last year. Let's call the President's tax cut what it is: a middle-class tax hike to line the pockets of already wealthy corporations and the 1%."

Is that number accurate? Yes. Is that cause-and-effect comparison accurate? Not so much. We'll explain.

But those numbers should come with a few caveats. First, the number of returns processed in early 2019 is understandably lower because of the government shutdown. And most people have until April 15 to file their taxes, so these first numbers only include the earliest filers. In fact, the IRS has put out new data since the senator's tweet. The precise numbers are different, as the average refund is now down $186. But the heart of her claim — that refunds are smaller — still rings true.

But Harris used that point to criticize the Trump administration's tax legislation, and that's where she went awry.

Getting a smaller tax refund doesn't mean you paid more in taxes. If you want to know how much you paid in taxes all year, you probably need to do a little math, not look at the size of your refund check. For example, let's say someone paid $10,000 in taxes through their paycheck withholdings. Come tax time, that person got a $2,000 refund check. So his total tax liability for the year was $8,000 — and that's the number that matters if you want to know whether you're paying less or more than previous years.

Psychologically, it's understandable that many people equate a smaller tax refund with paying more in taxes. That may be especially true for people who've come to depend on that refund check every spring. But remember: Getting a tax refund means you overpaid through your paycheck withholdings. Tax experts say if you're doing everything right, you should be square when you file, meaning you don't owe the government and the government doesn't owe you.

Getting back to the effect of the new tax law: It's still too early to know how it will impact Americans. So Harris' claim that the president's tax law is a "middle-class tax hike" is, at best, premature.