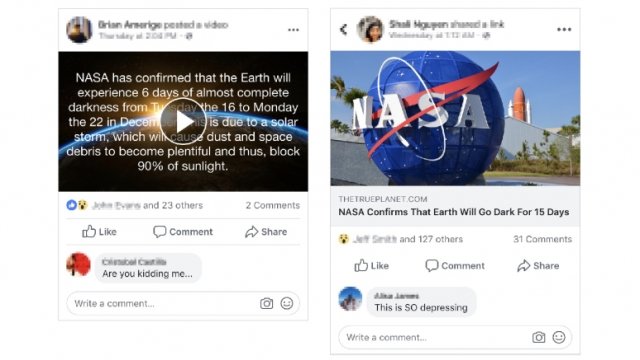 If you happened to watch a video about NASA confirming Earth would go dark for several days because of a solar storm -- Facebook wants you to know it's a hoax and it's trying to remove this kind of content from its platform.

It's already trying to stop the spread of false or fake news articles, but now the company says it will try to do the same with photos and videos. These can be categorized into three main categories: manipulated or fabricated, out of context and false text or audio claim.

Facebook says its fact-checking process for photos and videos will be similar to the one it uses for news articles. After a machine-learning model flags a photo or video for potential inaccuracies it will then be sent to human fact checkers for verification.

So far, Facebook says it's partnered with nearly thirty third-party fact-checking organizations around the world.