Facebook Was Draining Your iPhone, But A Fix Is On The Way 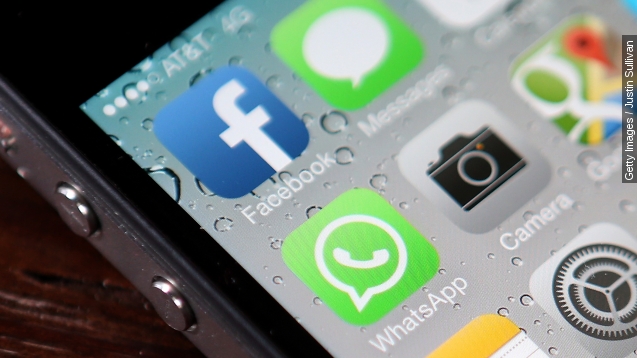 SMS
Facebook Was Draining Your iPhone, But A Fix Is On The Way
By Mikah Sargent
By Mikah Sargent
October 23, 2015
The Facebook app was draining iPhone batteries at an unprecedented rate. Facebook is aware of the problem, and it's rolling out fixes.
SHOW TRANSCRIPT

A while ago, Apple introduced a battery-monitoring feature that lets iPhone users see which apps and services are draining their battery life. (Video via Apple)

And guess what's been sitting at the top of the list of battery drainers for quite a few people (including me): Facebook.

According to Apple's battery-monitoring feature, Facebook's app frequently uses audio and performs background activity. Background activity can include pre-downloading images, video and posts so when you open the app they're ready for viewing.

But here's the problem: I very rarely listen to any audio on Facebook; even more perplexing: I have background activity disabled for the Facebook app. So what's going on?

Facebook says it's aware of the issue and it's working on a solution. In fact, if you've updated Facebook recently, you should already see some improvements.

Part of the problem involves something called "CPU spin," which the company says is a lot like a kid in a car who asks, "Are we there yet?" over and over again. Basically, the app is processing when it doesn't need to, which drains the battery. That solves the background activity mystery. (Video via Sony Pictures Home Entertainment / "Are We There Yet?")

The other problem — the reason Apple's telling me Facebook's playing a ton of audio — is how the app handles audio after you're done playing it. If you watch a video on the Facebook app, then open up another app, Facebook is actually still playing audio in the background — silent audio, but audio nonetheless.

As we mentioned, Facebook has already rolled out an update that improves battery usage. If you're curious to find out for yourself, open the Settings app on your iPhone and tap Battery. The battery usage section shows you what's hogging up precious battery life.

I've got to say, this sounds like a win-win situation. First, what is now lovingly called Apple's "battery-shaming feature" is successfully fighting the good fight, and two, you can see loads more brunch photos and baby pictures on Facebook thanks to the extra battery life.