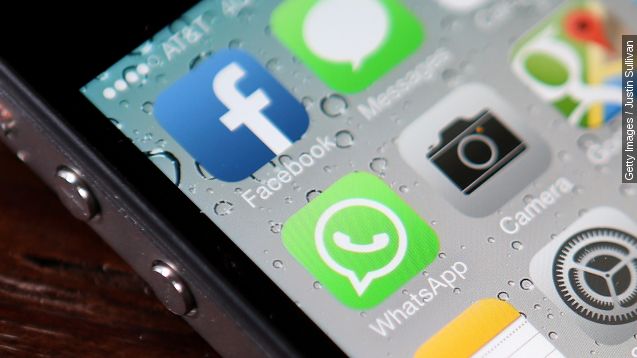 SMS
Facebook Wants Virtual Reality App To Become A Reality
By Katie Link
By Katie Link
September 14, 2015
Facebook is reportedly working on an app that could put virtual reality in the palm of your hand.
SHOW TRANSCRIPT

Facebook reportedly wants to bring virtual reality to your phone. For mobile device users, it could be as easy to use as tilting the screen.

A report from The Wall Street Journal says Facebook is developing a stand-alone video app that would likely use multiple cameras to support 360-degree views. This could be the first step to virtual reality in the palm of your hand.

Right now most virtual reality experiences are reserved for serious gamers. But based on Facebook's 2014 $2 billion acquisition of Oculus VR, industry watchers think that could change.

Facebook's Chief Product Officer Chris Cox told Re/code in February, "You realize, when you're in it, that you're looking at the future, and it's going to be awesome."

The Wall Street Journal article says it's not clear when or if the app will be released.