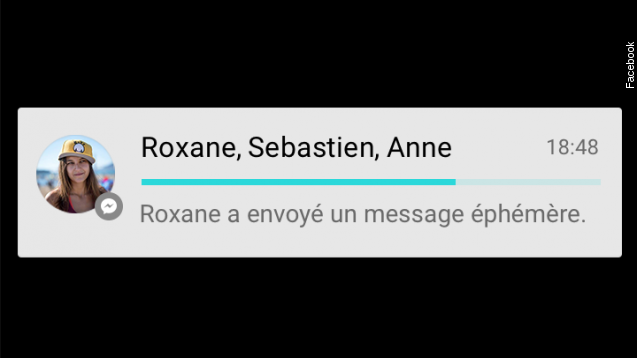 In case you hadn't heard, temporary messaging is all the rage right now, so we're really not surprised to hear Facebook is testing self-destructing messages for its Messenger platform. (Video via Snapchat)

Facebook says those disappearing messages last an hour before they self-destruct. They're activated by an hourglass icon in the Messenger app.

Now, before you excitedly rush to try out the new feature (I may or may not be speaking from experience), you should know Facebook is only testing the feature in France.

Of course, now is the time where we point out the elephant in the room: Facebook once tried to acquire Snapchat for a reported $3 billion; Snapchat wasn't having it. (Video via Facebook)

Facebook then launched and subsequently pulled an app called Poke that let you send messages, photos and videos that self-destructed after a period of time.

What we're getting at here is it was only a matter of time until Facebook started seriously considering ways to compete with Snapchat. If testing goes well in France, Facebook says it may bring the feature to more people.