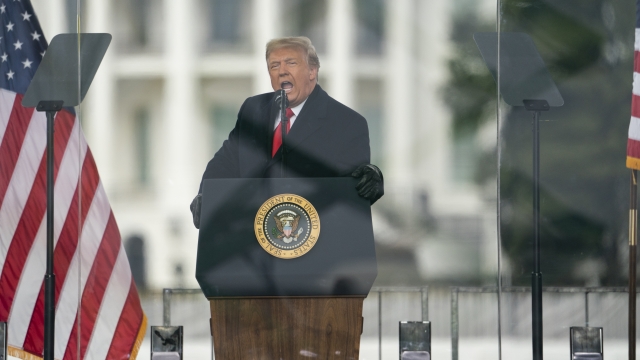 The president does not have access to his social media accounts this morning after he posted a series of tweets and videos addressing the riots in Washington, D.C.

The company demanding he remove the three tweets which violated its policies. If he doesn't delete them, the account stays locked.

I want to bring in Newsy technology reporter Tyler Adkinson for some insight on this. The president, he heavily relies on his own social media accounts to communicate with his followers. So, has he been able to use social media in any capacity since yesterday's lockouts to reach out to his followers?

"He himself has not been able to use the accounts he has. There's still the @POTUS Twitter account, which he mostly uses to retweet his own account, and then there's the White House account as well. But, he, himself, has not used social media on other platforms that he hasn't been temporarily locked out of."

Basically the only communication we have seen from him thus far is through – I call him his Twitter guru – but he's the head of the digital outreach for the White House, Dan Scovino.

"He put up this statement from Trump that said: 'Even though I totally disagree with the outcome of the election, and the facts bear me out, nevertheless there will be an orderly transition on January 20th. I have always said we would  continue our fight to ensure that only legal votes were counted. While this represents the end of the greatest first term in presidential history. It's only the beginning of our fight to make America great again.'"

"So that came from Scovino, and Scovino has always been a really Twitter-savvy person within the White House. He does a lot of the mouthpiece work for the president when he's not on there. So, the president himself has not really been online, but he has put up that one statement through Scovino's Twitter."