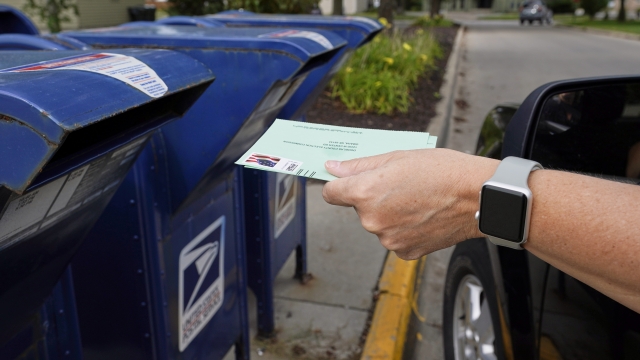 SMS
Facebook's Preparing In Case The President Questions Election Results
By LeeAnne Lowry
By LeeAnne Lowry
August 22, 2020
Facebook is making a plan to combat falsehoods following the election — even if the information comes from the president.
SHOW TRANSCRIPT

Facebook officials are holding daily meetings to prepare in case President Donald Trump questions the legitimacy of the election.

The New York Times first reported the contingency plans Friday. They could include combating falsehoods — such as if President Trump or his campaign incorrectly claims he won another four-year term — or if he casts doubt on election results by blaming mail-in ballots.

The president has been making unsubstantiated claims about mail-in ballots leading up to the election. Election law expert Richard Hasen says the president's claims could be a ploy to cast doubt on election results.

"He could be doing it because he wants to be able to challenge the election, to delegitimize the election. If more of his supporters vote in person and he's ahead on election night, he could claim, as he's already suggested, that the mail-in ballots that are coming in are fraudulent and try and claim victory."

Senior members of Facebook's team are reportedly considering a "kill switch" that would shut off political ads all together after the election, if necessary.