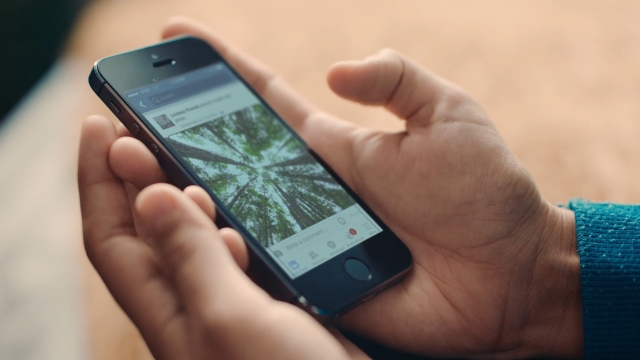 Facebook has always touted photos as a form of expression. And on Monday, the social media giant unveiled artificial intelligence that allows blind users to join in on the conversation.

A voice from Facebook's new technology reads: "What's on your mind? Shaomei Wu. March 6 at 10:14 p.m. With my college buddies in my favorite place — ready for a great weekend! Photo. Image may contain: tree, sky, outdoor."

"One or more people. Jewelry. Smiling. Nineteen likes. Three comments –– like," a voice from the new technology reads.

"Now I can see the picture in my head, like, 'Yeah you shouldn't have been that close up,'" a blind Facebook user said.

Facebook is calling this new feature automatic alternative text. Before this, blind users would only hear the name of the person who posted the image and the word "photo" when they scrolled past images in their news feed.

Right now, the alternative text is only available in English and accessible on iOS devices. But Facebook says it plans to add other languages and platforms soon.

"Even having three words just helps flesh out all the details that I can't see. That makes me feel included, and like I'm a part of it too," a blind Facebook user said.