Facebook's Mark Zuckerberg Just Made $6 Billion In A Day 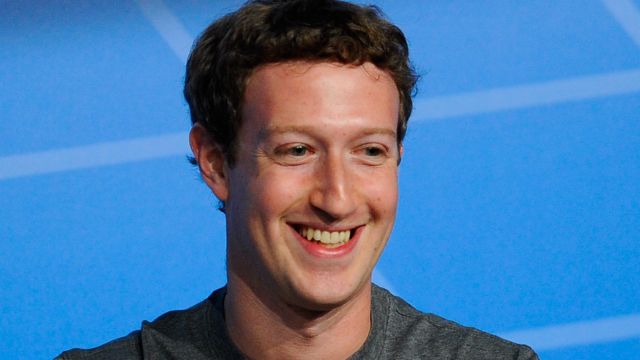 You know that feeling when you make a casual $6 billion in a day? Yeah, neither do we. But our Facebook friend Mark Zuckerberg does.

And it seems like the number six is a lucky one for Facebook's founder. After raking in $6 billion Thursday, he rose to the sixth richest person in the world. (Video via NBC)

And he has you, me and the other 1.59 billion Facebook users logging on each month to thank for that. Facebook reported very strong results for the fourth quarter Wednesday; ad sales were up 57 percent over the previous year's numbers in the last three months of 2015.

Needless to say, that sent shares of the company soaring. According to CNBC, Facebook shares rose by more than 15 percent in a day.

Zuckerberg’s current net worth now stands at about $47 billion. But he probably won’t spend all that money on cute swimsuits for his new daughter, Max. He and his wife announced late last year they’ll be donating 99 percent of their Facebook shares to the Chan Zuckerberg Initiative to help fund education and health care worldwide.

But not all the tech giants had such a good day. Amazon’s CEO, Jeff Bezos, actually had a really bad day actually. Amazon missed the mark on its fourth-quarter earnings and stocks went tumbling.

And yet, even on a bad day, Bezos is still richer than Zuckerberg. As of Thursday, he was ranked the fourth richest person in the world with a net worth of $55.8 billion. But who's counting, anyway?