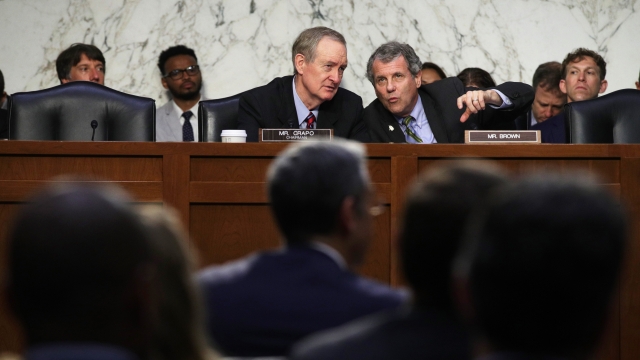 Government officials in the Trump administration and on Capitol Hill were already skeptical of Facebook's Libra cryptocurrency, and after hearings in the Senate and the House, lawmakers still don't sound ready to trust Facebook to act like a bank.

Sen. Kyrsten Sinema says the payment system could end up making it easier to scam the underbanked and bankless – which is a target audience for Libra. She confronted Facebook's David Marcus with a hypothetical: If an app developer in one country uses an exchange system from a second country to scam a user's wallet from a third, who would users contact for financial recourse?

Marcus: Senator, it will depend on the wallet consumer protection the same way that today, you have different consumer protections and services offered by different financial institutions and others. I believe that it will be the role of the Libra Association to ensure that there’s proper education so that consumers make informed choices.

Sinema: I think the point here is that despite having legal and technical background in this room, this is a difficult question to answer. You posited the they would likely be using an American wallet, but if they were using a wallet from another country that complicates the answer.

Congress is also still trying to get Facebook to stick to a financial identity, so it would know how to regulate it. Facebook has denied that the Libra association would operate like a bank —  and during the House hearing, it was reluctant to clarify.

Representative Jim Himes: "The SEC doesn’t say that ‘if you’re a payment tool, you’re not an exchange traded fund.’ … You may quibble with me that you’re not a security but you’re certainly backed by other securities, is that not correct?"

Marcus: We believe no one will buy Libra as an investment because it is designed for stability, that’s number one. … And this product, it’s not a product, it’s a payment tool. It’s not going to be actively managed, and you can not use an ETF for payments."

This all comes as the House has proposed the "Keep Big Tech Out Of Finance" Act, which could end up blocking Facebook's currency plans altogether. Social media companies with an annual revenue of at least $25 billion — like Facebook — would be prohibited from running a cryptocurrency, or affiliating with traditional banks. Some lawmakers think that's the safest thing for consumers.

“I don’t think you should launch Libra at all,” said Representative Carolyn Maloney. "Because the creation of a new currency is a core government function and should be left to democratically accountable institutions."