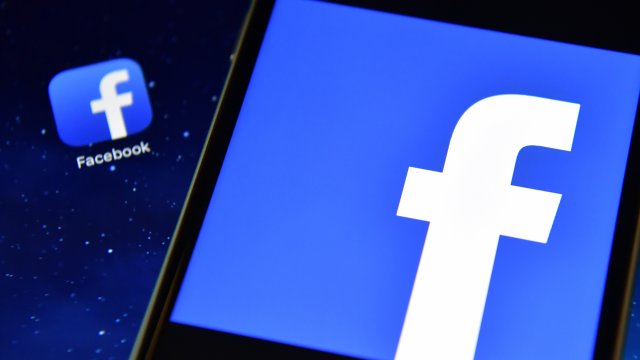 Facebook removed a video from its platform Wednesday in which a Virginia gun rights advocate revealed the home address of a state lawmaker before staging an armed protest outside his home.

In the deleted video, Brandon Howard, the chairman of the Hopewell, Virginia, Republican Committee, calls out Democratic Delegate Mark Levine over a sidelined bill that seeks to ban assault weapons.

Howard said, "we're going to tell Mark Levine, we know where you live. And [as] armed citizens of the Commonwealth, we're coming to your house, to your doorstep. But we're not going with the intent to confiscate to arrest and to kill, we're going to peacefully protest to protect our Second Amendment right."

A source at Facebook told Newsy, "The video was removed for violating our community standards." The source did not specify which rule the post violated or why the video was accessible for four days.

Facebook isn't the only social media platform that has had to address content revealing the information of politicians. In a Senate committee hearing last year, Twitter's Director of Policy Strategy Nick Pickles told Sen. Ted Cruz content was removed from their platform because it displayed the home of Sen. Majority Leader Mitch McConnell.

"In the situation where you have the person's home visible in the video, there is still a risk there and we are motivated by preventing that offline harm that could've occurred because the home was visible," Pickles said.

Howard is a part of the Virginia Citizens Defense League, a state gun rights group in a state with loose gun laws. We previously interviewed him during the state's Lobby Day, where tens of thousands of gun owners went to the state capitol to advocate for gun rights and protest gun reform measures introduced by the Democrat-controlled General Assembly.

Levine told our sister station WTVR, "Threatening to harm lawmakers if they don't do what you say is precisely not the way we do things in America."

It's uncertain whether Howard, the man who staged the protest, will be held accountable for doxxing Levine and protesting outside his home while openly carrying a firearm. Nevertheless, Levine told local outlets he plans to press charges against him.