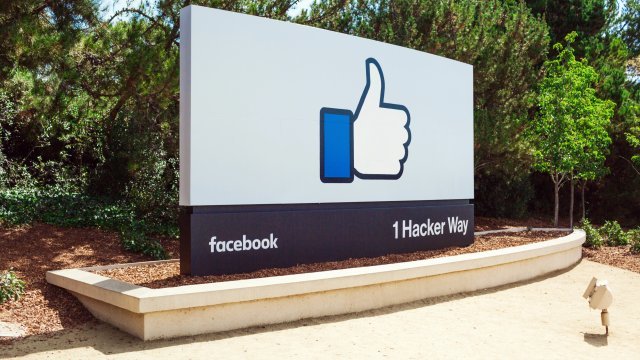 By Gabrielle Ware
October 11, 2018
It said it removed 559 pages and 251 accounts that posted "sensational political content" aimed at driving users to other websites.
SHOW TRANSCRIPT

Facebook said Thursday it removed hundreds of pages and accounts that repeatedly violated its policies.

The company said it took down "559 Pages and 251 accounts that have consistently broken our rules against spam and coordinated inauthentic behavior."

The company said violators are increasingly posting "sensational political content," much of it right-leaning, to drive people to outside websites. Spammers earn money for each visitor that goes to those sites.

Facebook says the content itself isn't the issue, but that the coordinated effort to spread that content and drive users to ad farm websites violates its policies.

Facebook also acknowledged there are legitimate reasons different accounts would want to coordinate with one another — for instance, efforts by grassroots organizations. But those types of groups are usually transparent about who they are and what they're trying to accomplish.

Facebook is working to increase its transparency after several scandals involving privacy violations and fake accounts, including its role in Russian interference in the 2016 election.