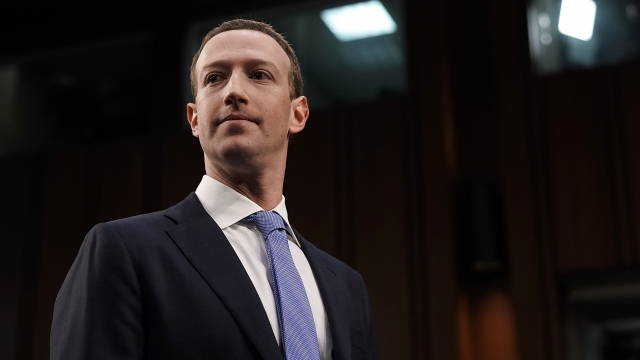 Just one day before CEO Mark Zuckerberg is set to testify before the House Financial Service Committee, Facebook announced Tuesday it was pledging $1 billion to combat the affordable housing crisis in California.

Over the next decade, Facebook said it will "protect, produce and preserve" 175,000 homes near its company offices. Areas of California, and particularly the San Francisco Bay Area where Facebook is headquartered, are facing an affordable housing shortage that's pushed people out of their neighborhoods and made it difficult for people to live close to their jobs.

In a news release, Facebook said the money "will go toward creating up to 20,000 new housing units to help essential workers such as teachers, nurses and first responders live closer to the communities that rely on them."

The timing of Facebook's announcement is raising a few eyebrows; its CEO is set to testify about Facebook's involvement in the finance and housing sectors Wednesday.

Earlier this year, the Department of Housing and Urban Development filed charges alleging Facebook's targeted ad program had violated the Fair Housing Act. Facebook had reportedly released an advertising tool that let landlords filter who could see property listings based on race, ethnicity, gender and sexual orientation, among other things.

Another item on the agenda for Wednesday is Facebook's new cryptocurrency, Libra. The feature is set to launch in 2020, but lawmakers want to make sure it will abide by the same regulatory measures as existing financial institutions.

But Zuckerberg may not be able to answer all of lawmakers' questions about Libra since Facebook will not be the only entity operating it. Business Insider reports Libra, which is a not-for-profit group of 21 companies, will hold "final decision-making authority" over the program.