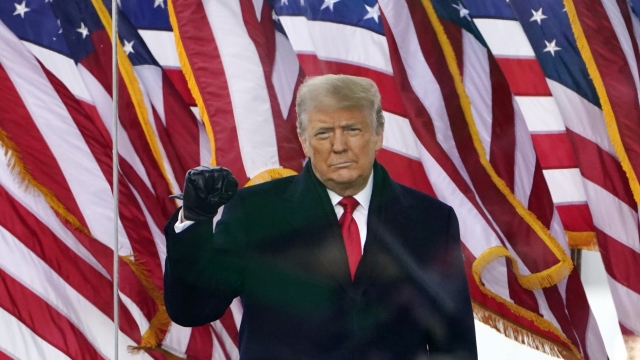 We'll find out this morning if former President Donald Trump will get his Facebook and Instagram accounts back. The Facebook Oversight Board will rule on the company's ban.

Remember — Trump was kicked off the platforms after the Jan. 6 Capitol attack that he was accused of inciting.

Now here's why this matters: You might think that Trump's favorite social media platform was Twitter, and it is true that he used that to get his message out, but Facebook was key to his fundraising efforts.

If he regains access to the platform it  could be a big boost to a potential 2024 White House run which he hasn't ruled out. And it could help him bring in money for others in the Republican party.

But some watching this decision say no matter how it goes Facebook still has a lot of other issues.

"The harm that can come from Trump being back on the platform is immense. So, of course, it's a spectacle," said Real Facebook Oversight Board Member Jessica J. Gonzalez. "However, the oversight board isn't going to fix Facebook tomorrow, no matter what it does. It doesn't have the power to fix Facebook. It doesn't have the power to hold the entity accountable to its users all around the world. It simply doesn't."

Jessica Gonzalez is a member of the Real Facebook Oversight Board — a group that's critical of Facebook and its oversight panel. She says the oversight board gives the appearance of accountability but doesn't address larger issues.

Many Republican lawmakers say it's an issue of First Amendment rights.

"I have no idea how this board really operates. Nobody does. And this is the Facebook Supreme Court As Facebook is sometimes called it," said Sen. Josh Hawley of Missouri. "You know, I don't think any one company should have this kind of power over speech, over data, over news and information. Facebook has tremendous, tremendous power."