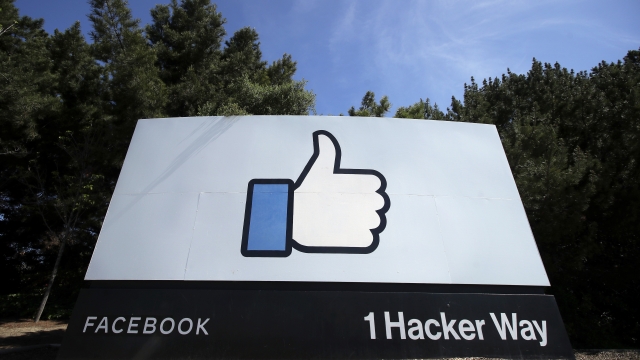 Facebook’s Oversight Board is getting ready to make its biggest ruling yet: whether Donald Trump's account should be reinstated. But high-profile decisions the board already has issued are raising questions from critics.

The Oversight Board only began issuing decisions this year. It hears cases from around the world to decide how Facebook should handle all kinds of content, including hate speech. The board is funded by a trust created by Facebook, and the company says the board's decisions are binding.

Still, critics think the board lacks the necessary leeway to make transparent, independent decisions. Newsy reached out to the Oversight Board for comment but did not hear back.

"The question of what the Facebook oversight board can achieve distracts from the from the more fundamental needs to have truly independent oversight and accountability mechanism," said Marjete Schaake, the international policy director at Stanford University's Cyber Policy Center and a former member of European Parliament for the Dutch Liberal Democratic Party.

"Facebook controls what information they have, which cases they reveal, what the process looks like. And the board is also bankrolled by Facebook," said Jessica Gonzalez, CEO of Free Press.

Some early decisions have raised credibility concerns for critics. Notably, the board made Facebook reinstate a Myanmar user's post that questioned whether there was “something wrong with Muslims psychologically.” The post was determined to not reach the level of hate speech.

"They excuse very clear anti-Muslim hate speech in a country where Facebook has already been criticized by the United Nations for contributing to an anti-Muslim genocide. If this board is capable of excusing something like that, then I think they're capable of excusing anything," said Eric Naing, media relations officer at Muslim Advocates.

For some critics, this move highlighted the reality that Donald Trump could have his account reinstated, even though Facebook’s VP of integrity Nick Clegg said they expected the Oversight Board to uphold the ban.

"You can read the language ... and you just kind of realize there's a genocide going on, and you still say this post is fine. If you can do that, then that was one of the reasons why I was feeling like, oh, they'll definitely like Trump back, even though people died," said Shireen Mitchell, founder of Stop Online Violence Against Women.

Looking ahead to the Trump decision, which is expected by the end of April, critics also say the fact that the board is even reviewing the Trump ban goes beyond what is offered to normal Facebook users, because those who are suspended can not make appeals on their own. Facebook requested the review, and in a blog post said: “Many argue private companies like Facebook shouldn’t be making these big decisions on their own. We agree.”

"Donald Trump being banned, Donald Trump could not appeal that to the Oversight Board. Only Facebook can appeal that to the Oversight Board because it's a non-appealable decision. It's all rosy, even from their perspective, to suggest that this thing is happening. But the limitations even within it, a process that is itself illegitimate in many ways, are extreme," said Kyle Taylor, founder and director of FairVoteUK.