Facebook Is Trying To Curb The Spread Of Fake News 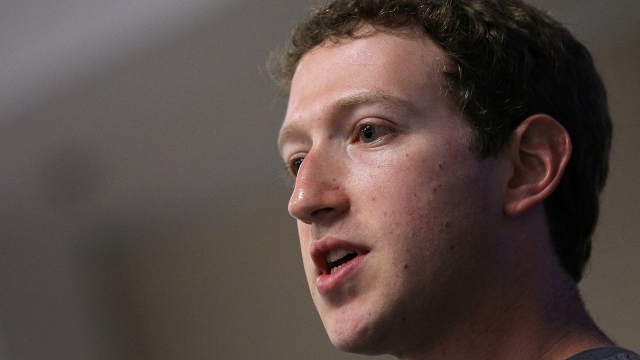 SMS
Facebook Is Trying To Curb The Spread Of Fake News
By Lindsey Pulse
By Lindsey Pulse
November 20, 2016
Critics have said the spread of false information on Facebook could have influenced the election.
SHOW TRANSCRIPT

Mark Zuckerberg says Facebook is now taking steps to combat the circulation of fake news stories on the site.

On his personal Facebook page, the CEO listed several ideas for preventing the spread of misinformation. They include adding better detection systems, labeling stories when they've been flagged as false, and further attempts to work with journalists.

And if the headline "Pope Francis Shocks World, Endorses Donald Trump for President" rings a bell, you probably know why this is happening.

That article was one of the top-performing false election stories on Facebook during the 2016 election cycle according to a Buzzfeed investigation. The problem is, it's fake.

Facebook got some backlash for its alleged role in influencing the election results by letting stories just like that circulate in people's newsfeeds.

Zuckerberg hasn't been to keen on admitting the site's potential role in swaying public opinion — he said it was "pretty crazy" to claim Facebook had an effect on the election outcome.

He's also refused to acknowledge that Facebook is a media site at all, instead choosing to refer to it as a tech company.

But now it seems like the tech wiz is turning over a new leaf. He said the problems at hand are complex "both technically and philosophically."

Zuckerberg admits some of the new steps might not work, but says the company is taking the spread of misinformation seriously.