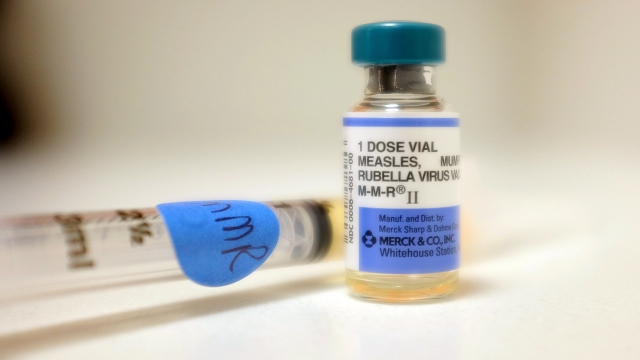 Facebook is implementing some new policies in an effort to curb the amount of vaccine misinformation on its platform.

The social media company announced Thursday that it's tackling the issue in a number of steps. They include rejecting misleading ads, not recommending so-called "anti-vaxx" content, and de-ranking groups and pages that continue to spread vaccine misinformation.

Facebook also said it's looking into ways to highlight accurate medical information about vaccination for users.

The move comes amid recent scrutiny over the amount of anti-vaxx information circulating on social platforms.

That got the attention of lawmakers. Last month, Rep. Adam Schiff sent a letter to big tech CEOs asking for clarification on how they provide "medically accurate information" to users.

Refusing vaccinations is a trend that health experts say has led to a spike in measles cases in the U.S. and Europe. It's prompted the WHO to name vaccine hesitancy as one of the top 10 threats to global health this year.

A study released Monday reiterated previous research that found the measles, mumps and rubella, or MMR, vaccine does not trigger autism in kids.